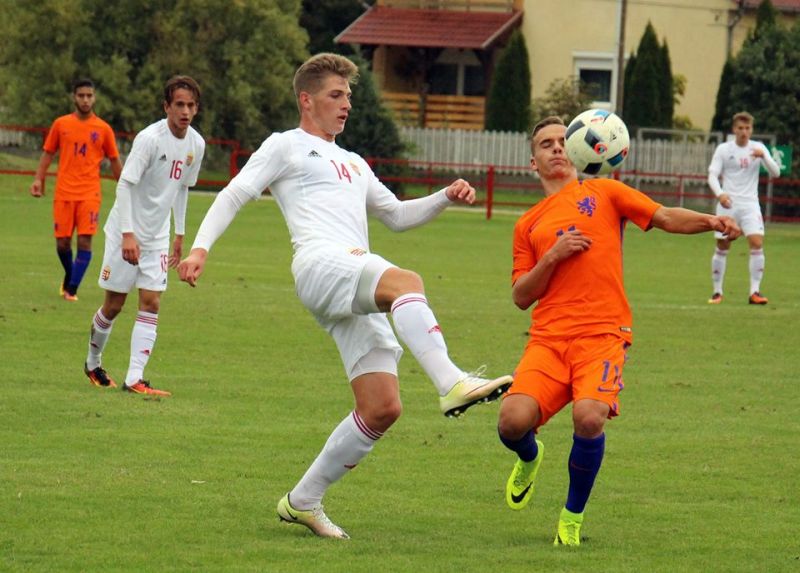 Winning Group 2 of the Elite Round of Qualifiers by leaving behind Norway, Israel, and Russia, our men’s U-17 national side has qualified for the  Under-17 European Championship. The victorious squad includes Vasas Kubala Academy’s talented footballer, Balázs Opavszky, as well as our former academist, Márk Bencze, who is now refining his trade at Vitesse in Holland. The last time the Hungarian U-17 selection participated in a European Championship was 11 years ago.

The draw for the U-17 European Championship, to be hosted by Croatia, will take place on April 3rd in Zagreb. The seven best Elite Round section winners will be in Pot 1 along with the host nation, while Pot 2 will be occupied by the side with the least favourable result among the group winners, as well as the seven best section runner-up selections. The continental tournament will be held in Croatia between May 3rd and 19th, with qualification for the 2017 Under-17 World Cup also at stake, as Europe will be reprsented at that tournament in India in October by the sides finishing in the top five spots at the Euros.

-We knew to expect a difficult match, as we were well aware of what was at stake, so mentally everyone prepared accordingly. I feel like the team has come together, and we were able to take out onto the pitch the sense of collectiveness that typifies us. The joy after the match was immense, due to the fact that this is the first significant success achieved on the path that we set ourselves upon together 2-3 years ago. However, the road has not come to an end, we are all thinking about the European Championship in May – said Balázs Opavszky, member of the winning team, when asked to summarise his thoughts and feelings regarding the qualification.