Vasas Kubala Academy was established in 2007, with the purpose of training the youth teams of Vasas Sport Club, which celebrated its centennial anniversary in 2011. The academy took the name of László Kubala on December 9th, 2011. The academy system is focused primarily on elite training, however the education of children toward a lifelong dedication to sports is also considered to be an important target.

It is the goal of Vasas Kubala Academy to take part in the development of Hungarian youth football, and to be able to supply the necessary system of conditions to be able to do so at a high level of quality.

The training of youth footballers from the age of six to 19 takes place in parallel form in two districts of Budapest (Fay Street in the 13th District, and Pasaréti Avenue in the 2nd District). Each year, the academy trains about 500 youth footballers. At present, the system consists of 22 boys’ teams and two girls’ teams, supervised by more than 30 trained coaches, (head coaches, assistant coaches, goalkeeper’s coaches, coordination coaches, etc.). Each member of the professional staff performs their work with the necessary training licenses in hand.

At Vasas Kubala Academy, the harmonization of youth footballers’ studies, training and competition is a priority. One of the specifics of our professional philosophy is that training is based on the dormitory accommodation system for only those youth footballers who originally reside outside Budapest. The dormitory is open to all in the program, however we specifically advise spending weekdays in the family home whenever possible. In this way, we offer an alternative solution to closed academy training systems.

„We train children to become footballers, but also teach them how to become adults.”

Based on this principle, we provide a number of extracurricular program opportunities to our talented youth, with the idea being to shepherd them in the right direction during this sensitive period, whether in football, or other segments of life.

At Vasas Kubala Academy, we provide sports school support primarily for our youth footballers from the U14 to the U19 age group, based on demand. In line with the Open Academy Model, we do not make it mandatory for them to switch schools. However, we can recommend a number of institutions based on whatever interests a given footballer would like to pursue. We communicate on a daily basis with our partner schools, enabling the coordination of scholastic schedules to fit with our training schedules.

At Vasas Kubala Academy, we offer dormitory accommodation to our youth footballers who originally reside outside Budapest and are in the U14 to the U19 age group, though in accordance with the Open Academy Model, naturally this is not mandatory either. In fact, whenever possible, we specifically advise spending weekdays in the family home.

Our dormitory center on Mogyoródi Avenue in the 14th District is centrally located, near a number of our partner schools, allowing for decreased travel time and increased rest time for our students, who are housed in rooms of four between the ages of 14 and 18.

Our youth teams compete in the following divisions:

Nurturing of talent is based on two pillars: our large coaching staff and an emphasis on international competition. In addition to tournaments organized by Vasas, our youth footballers have the opportunity to exhibit their skills at countless amounts of international tournaments. 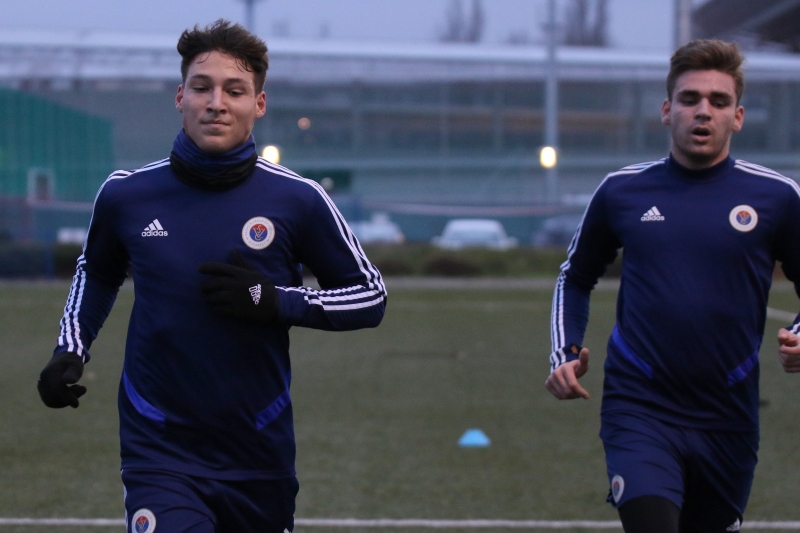