VKLA The Dutch cooperation has once again reached new heights 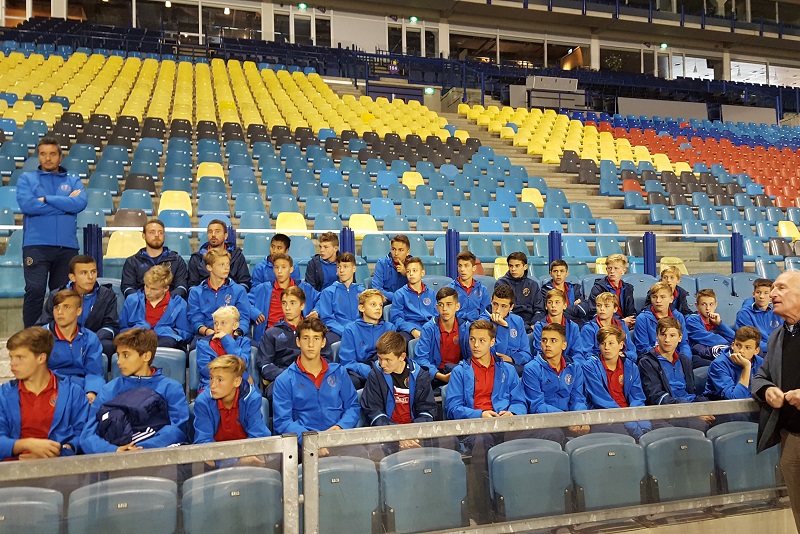 Based on the invitation of the Dutch partner, another study tour took place in October under the framework of the cooperation agreement between SBV Vitesse and Vasas Kubala Academy. It was our U14 and U15 age groups and managerial staff that flew to the Netherlands to visit. Among the programs there were three preparation matches for both age groups, versus SBV Vitesse, Feyenoord, and FC Midtjylland.

Following the international club matches, the program in Holland called for a stadium tour. Our U14 and U15 age groups paid a visit to SBV Vitesse’s arena, the GelreDome in Arnhem. The stadium was built from 1996 to 1998, and has a maximum capacity of 34 000. This was one of the venues of Euro 2000. The GelreDome counts as one of the largest and most modern stadiums in the Netherlands.

As for the evening program of our U14 and U15 footballers on Wednesday, the guest was none other than our one-time academy player, Márk Bencze, who currently plays in SBV Vitesse colours, and is also a Hungarian youth international player. During his presentation, our youngsters had a chance to learn about Márk’s feelings regarding his integration into his new environment with new teammates, far away from the circumstances he had previously known. Márk spoke to the kids about the initial period of adaptation, and also provided a glimpse into the wonderful conditions he is able to develop in. Naturally, his objectives were also a topic of conversation.